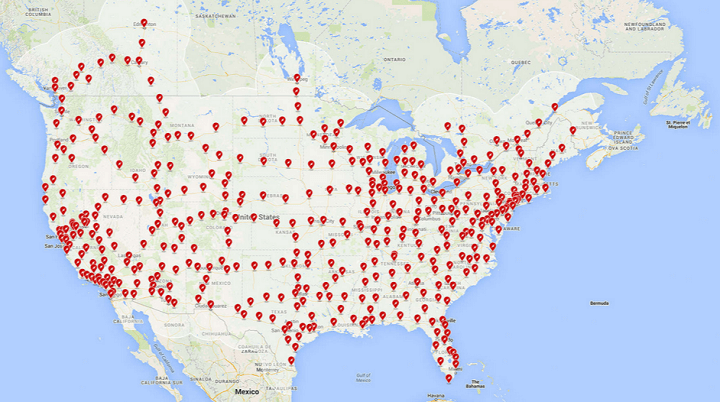 Map of planned Tesla Supercharger stations in North America by the end of 2016. Sorry Saskatchewan.

Tesla Motors has quietly been creating a giant network of Supercharger stations that can quickly extend the range of their best selling Model S electric car. Here are a few maps showing how big that network could grow to by the end of next year.

According to Tesla Superchargers:

are free connectors that charge Model S in minutes instead of hours. Stations are strategically placed to minimize stops during long distance travel and are conveniently located near restaurants, shopping centers, and WiFi hot spots. Each station contains multiple Superchargers to help you get back on the road quickly.

Using a Supercharger means Model S owners can get up to another 170 miles (274 kms) of range in around 30 mins, which should be enough to get you to the next station.

While this is a huge improvement from the 11 mile (17 km) range you’d get from home charging in the same amount of time, it’s still far less than 675 miles you could get with one fill-up for a 2015 BMW 328d.

Nevertheless, it will be interesting to see if Tesla can pull of their plans and further speed-up the introduction of electric cars. You can learn more about Superchargers, including offering suggestions about there they should be built on the Tesla website. 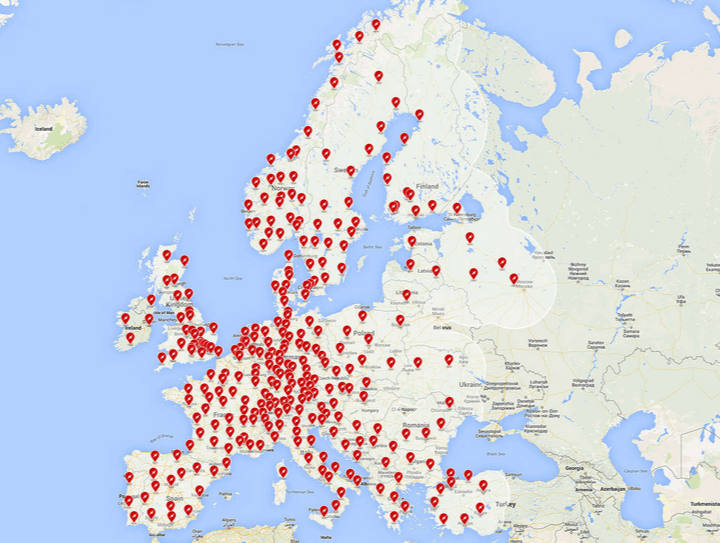 Map of planed stations in Europe. Sorry Belarus and Wales. 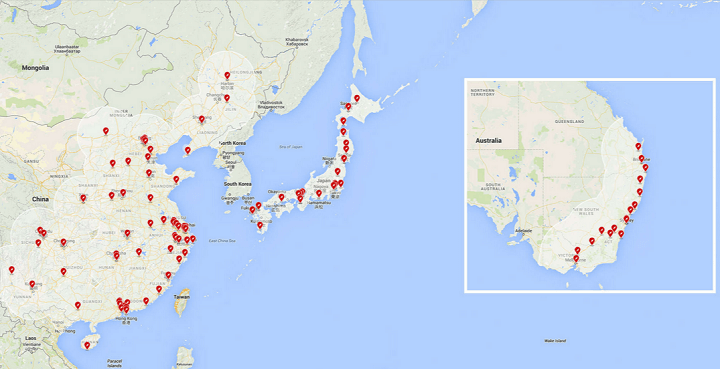 Have any thoughts about the roll-out of electric cars? Leave them in the comments section below: