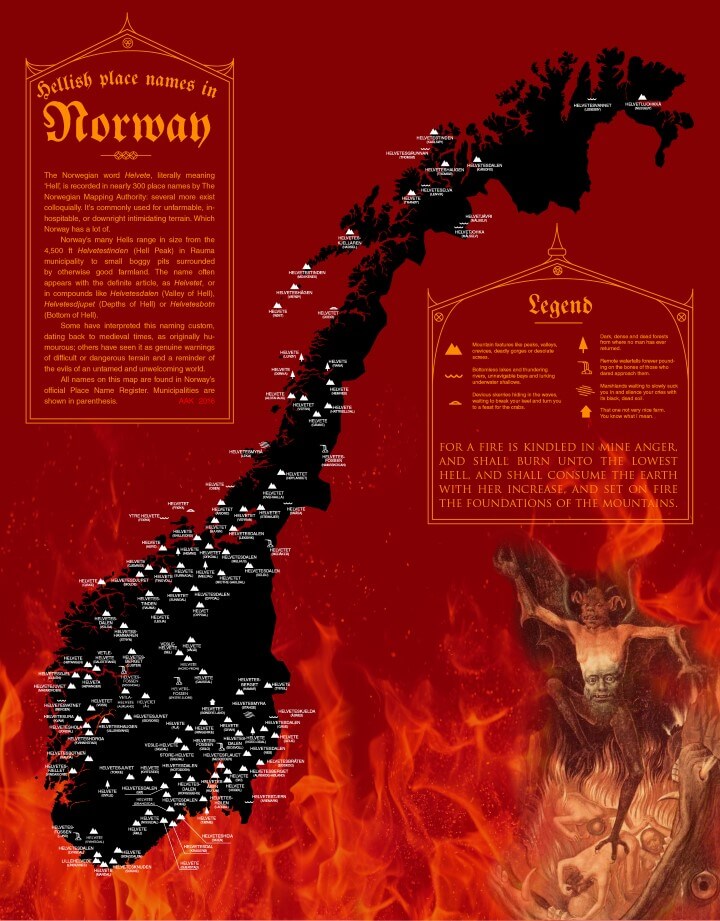 The map above shows many of the places in Norway literally named after Hell (Helvete in Norwegian). In total there are over 300 place names recorded by the Norwegian Mapping Authority.

The highest Helvetestinden (or “Hell Peak”) is the 4,500 ft (1371 m). The word hell often appears in compound words such as Helvetesdalen (Valley of Hell), Helvetesdjupet (Depths of Hell) and Helvetesbotn (Bottom of Hell).

Ironically there is a town in Norway that is actually called “Hell” but it is not on this map because it’s not named after hell.

“The name Hell stems from the Old Norse word hellir, which means “overhang” or “cliff cave”.”

Want to learn more about Norse myths and Norway? Then the following books may be of interest: