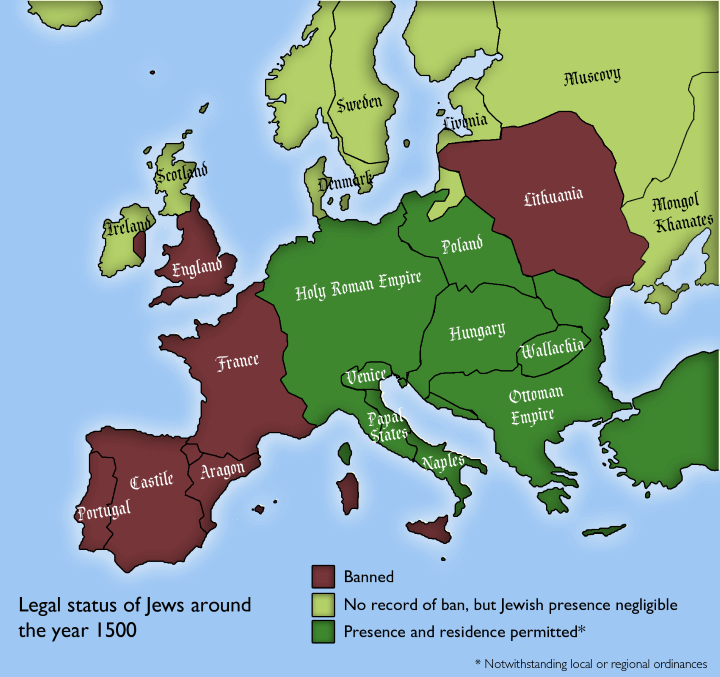 The map above gives a very general overview of the legal status of Jews in various major European countries around the year 1500.

And perhaps even more interesting is the fact that the Muslim Ottoman Empire allowed Jews to live in within it territory, while they were banned throughout much of Western Europe.

Of course Europe in 1500 was far more fragmented than the map above shows and legal bans existed in various cities, towns and villages within countries and empires that allowed Jews to live. Moreover, the quality of life for Jews could vary widely by country and life was not easy in many more “accepting” countries.

The topic is so complex, that it’s best covered by reading a book on the subject. The following are a good place to start:

Find this map interesting? Please share it with a friend: