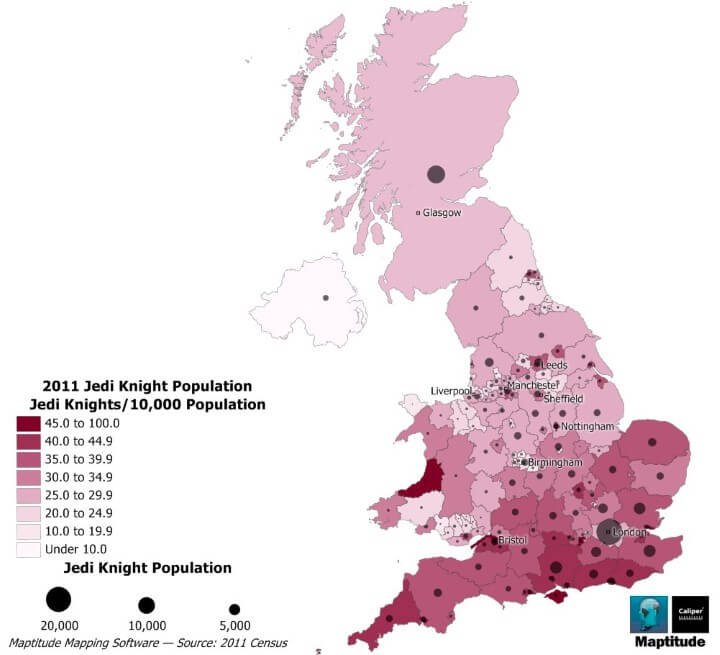 The map above shows how many self-proclaimed Jedi currently live in the UK. The Jedi census phenomenon can be found around the world, but has been particularly popular with the English and Welsh.

However, atheists (14.7%) and those who chose not to answer the religion question (7.8%) were still both significantly larger groups.

While London had the largest total number of Jedi, the Isle of Wight and the Welsh county of Ceredigion both had higher proportion of Jedi living in their midst. The map also shows yet another clear north-south divide and of course shows Northern Ireland just doing its own thing.

To learn more about Star Wars and the Jedi religion have a look at these recommended books:

Do you think with Star Wars coming back to cinemas soon, that we’ll see a revival in the number of people identifying as Jedi? Leave your comments below: