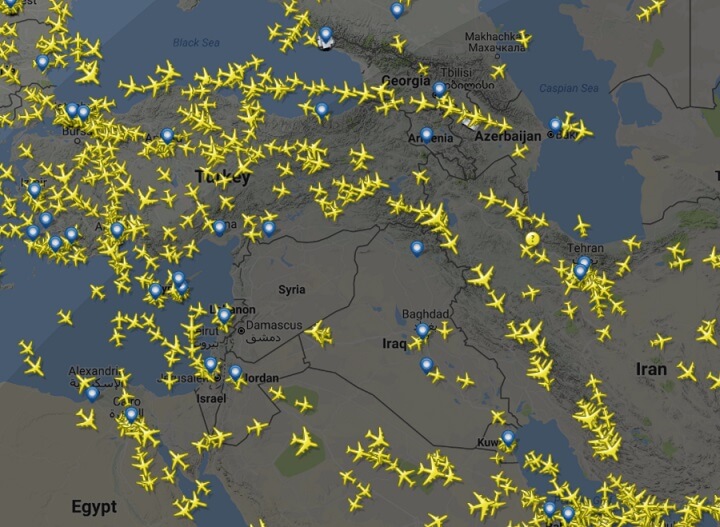 The interactive map from flightradar24 above shows live flight locations for commercial civilian aircraft around the world.

When you zoom in on Syria you can see how airlines choose route their planes to avoid all Syrian and most Iraqi airspace.

The reason of course is the ongoing Syrian Civil War which has killed at least 320,000 people and displaced at least another 4 million. The last thing any airline wants is one of its planes being mistaken for a military aircraft and getting shot down.

If you’d like to support Syrian refugees, there are many charities which you can donate to including: UNHCR, Red Cross, and Médecins Sans Frontières.

To learn more about the Syrian conflict have a look at the following books:

Find this map interesting then please help by sharing it: