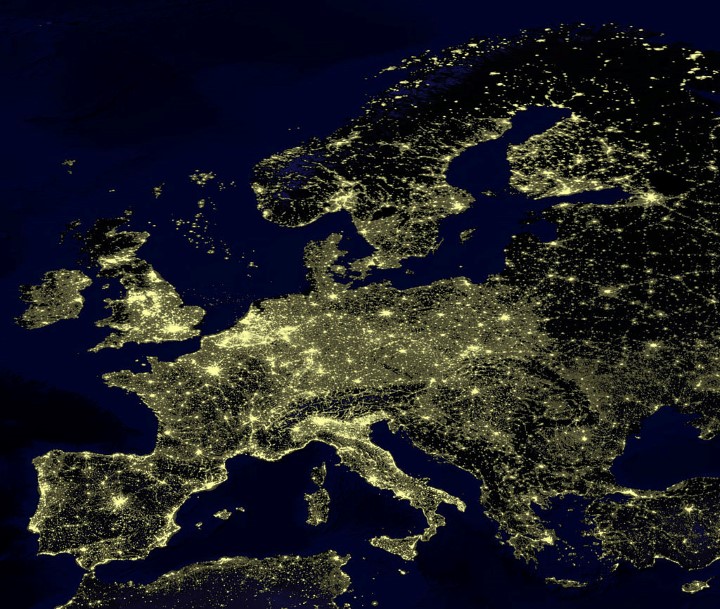 The photo above shows Europe at Night.

The lights show just how densely populated the vast majority of Europe really is.

To put those numbers into perspective, if the US was as densely populated as the Netherlands it would have a population of around 3.8 billion people, over ten times more than it has today.

You can find similar photos of Earth from space in the following books: