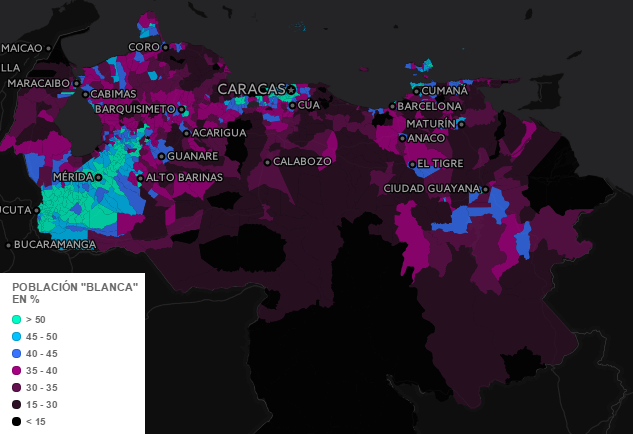 I think it’s fairly safe to say that most people who read Brilliant Maps, probably have little to no idea about the ethnic make-up of Venezuela. Fortunately, geographer Gabriel S. Dávila was kind enough to share his beautiful interactive map with us.

The screenshot above shows the percentage of Blancos (Whites) by region in Venezuela, but also includes layers for Amerindios (Indigenous people), Morenos (Brown / Mestizos) and Negros (Blacks). Just click on “Visible layer” in order to activate/deactivate one of the previous layers or have a look at the maps below: 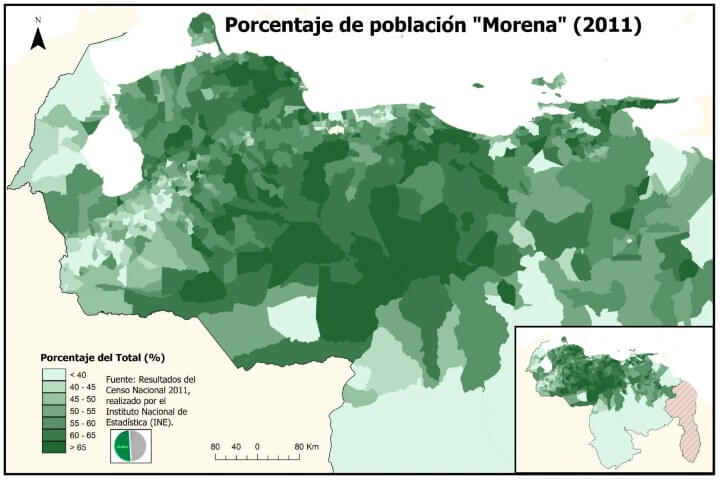 Morenos (brown/mestizo): Are a mixture of European, Indigenous people and/or African people. They represent half of the country’s population (50-51%). The autosomal DNA genetic composition of mestizo population in Venezuela, is 61% of European, 23% Indigenous, and 16% African in origin. 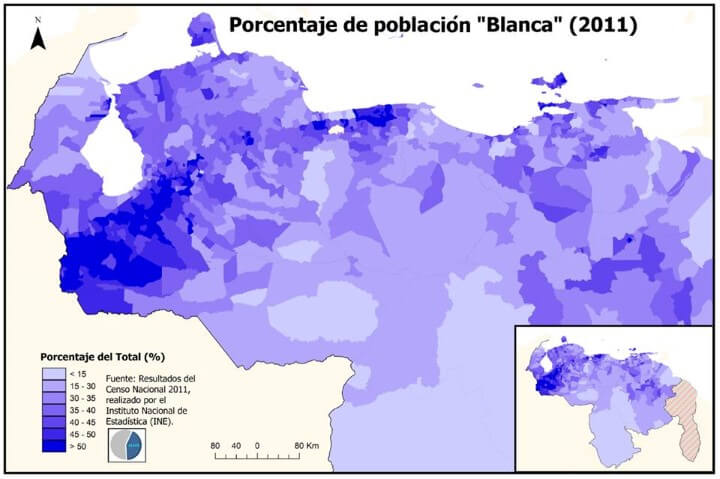 Blancos (Whites, includes Arabs): Are mostly descendants of Spanish colonists but also include a number of other Europeans attracted by past economic growth (e.g. Portuguese, Italians, and Germans migrated to the region in the mid-20th century due to the growth in the petroleum industry). Much smaller numbers of French, English, Polish, Russian, Greek, Scandinavian, Romanian, Ukrainian and Hungarian communities immigrated during the World War 2 and the Cold War.

They are concentrated in the area north of the Orinoco (where the 95% of Venezuelans live), principally in important urban areas like Greater Caracas, Maracaibo, Maracay, Valencia, Lecheria, Barquisimeto/Cabudare, Colonia Tovar, Punto Fijo; the Andean States, Margarita Island and Araya Peninsula. They represent almost half of the population (42-43%). 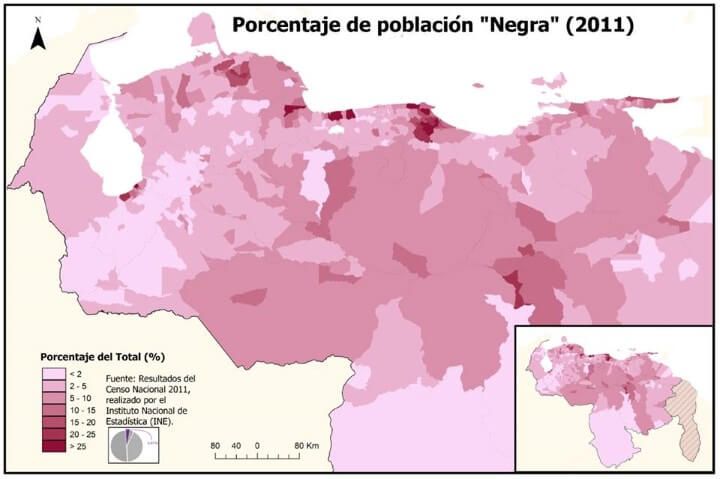 Negra (blacks): Black Africans were brought as slaves, mostly to the coastal lowlands, beginning early in the 16th century, and continuing into the mid 19th century. Although they are located in almost the entire country (in small numbers), the black population tends to be concentrated in places where there used to be slaves who worked as farm hands on subsistence farms of plantains, cocoa, tobacco, sugar cane and cotton. They represent almost 4% of the population. 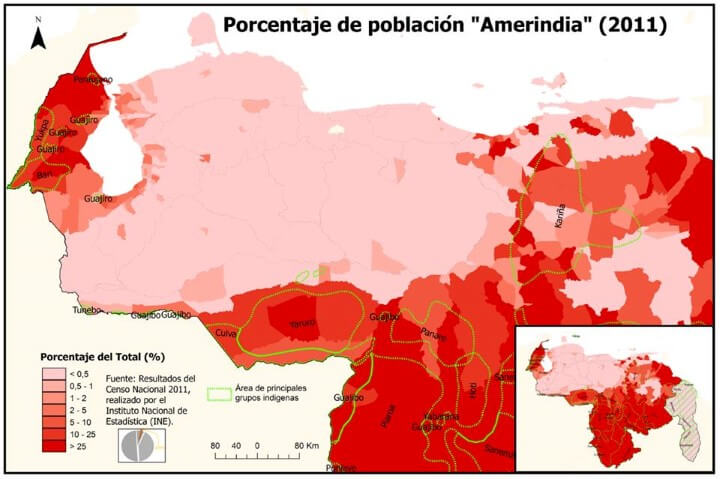 Pure indigenous Amerindians comprise around 2% percent of the population. There are 101 languages listed for Venezuela in the Ethnologue database, of which 80 are spoken today as living languages. Today, they’re mostly located south of the Orinoco, in the Guayana Region, an area that covers half of the country but the population represents just around 5% of Venezuelans.

A few other facts about Venezuela you might not know.

Want to learn more about Venezuela? Then have a look at the following books: