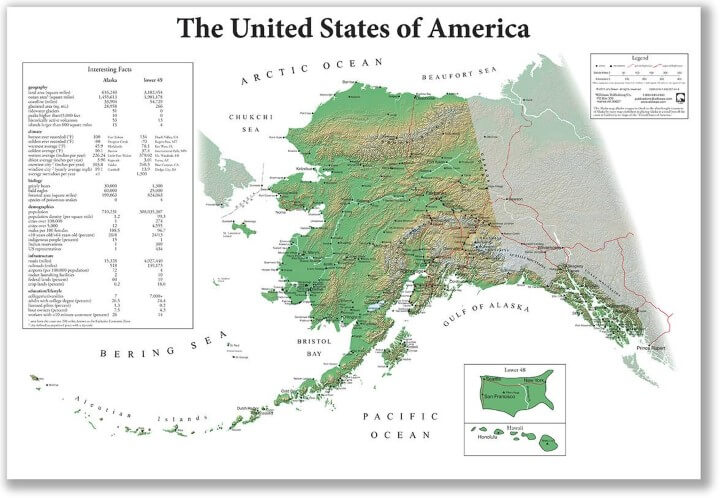 Most maps of the United States focus on the lower 48 at the diminishment or exclusion of Alaska and Hawaii. The map above reverses this trend and puts Alaska front and centre.

Instead of Alaska being relegated to the side or bottom of the map, only shown in a vague outline, you get a very clear view of Alaska and only a vague idea of the shape of the rest of the United States. Also, amusing to note is the fact that Hawaii is shown to be almost the same size as the Lower 48.

And in case you’re wondering how big each of these 3 areas are:

So, while Alaska is big (it’s the biggest state; more than twice the size of Texas) it’s still a fair bit smaller than the Contiguous States combined. The following map can help you get a better idea on size: 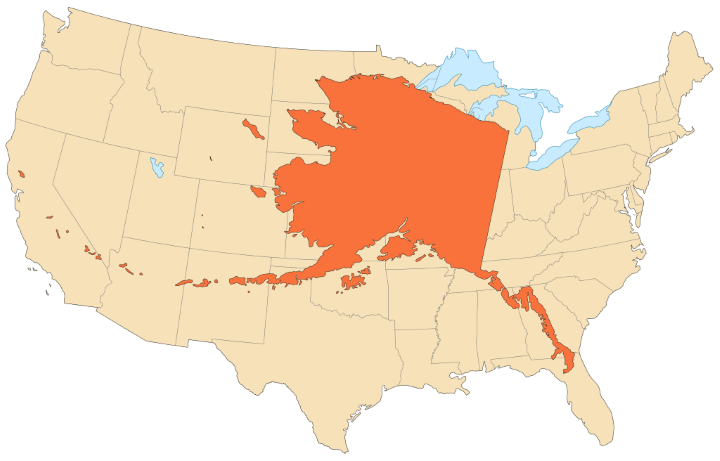 If you like the map at the top of the page you can buy a print from Williwaw Publishing.

To learn more about Alaska consider the following books:

Have any thoughts about Alaska and the rest of the United States? Leave them below: