The video above comes from NASA’s Global Modeling and Assimilation Office and shows global aerosol pollution and other particles. And just to be clear, this is aerosol in the scientific sense:

A colloid of fine solid particles or liquid droplets, in air or another gas.[1] Aerosols can be natural or not. Examples of natural aerosols are fog, forest exudates and geyser steam. Examples of artificial aerosols are haze, dust, particulate air pollutants and smoke.

So this isn’t all due to people using aerosol deodorants and paint cans! Also it’s not all pollution, a lot of what the map shows are actually natural processes.

In the video above: dust is shown in red, sea salt is shown in blue, black and organic carbon is shown in green and sulphate is shown in white. The period shown is from August 2006 through April 2007.

It would be interesting to see how the growth of China and other countries has further altered these patterns in the last decade.

Here are just a few of the more interesting images: 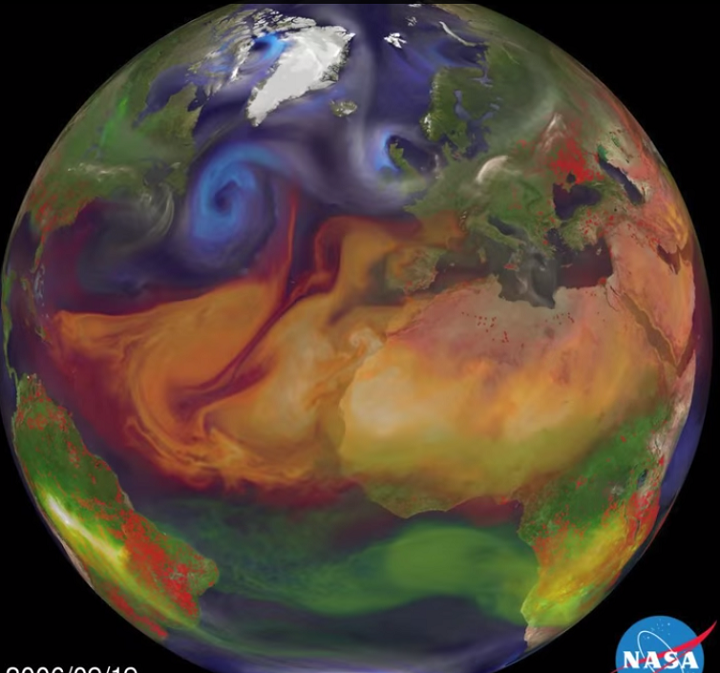 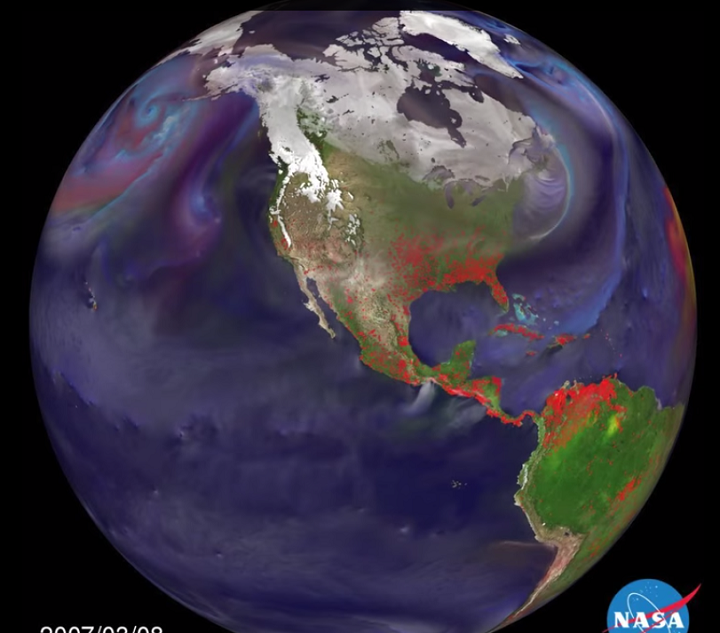 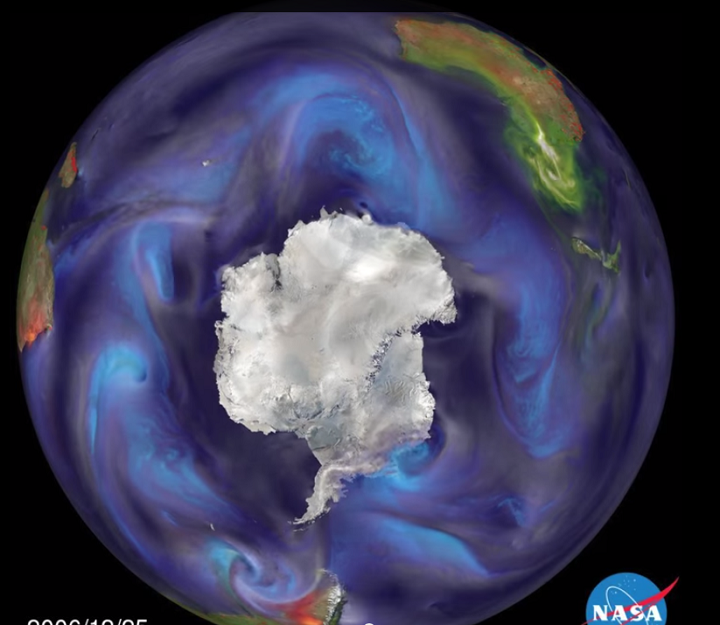 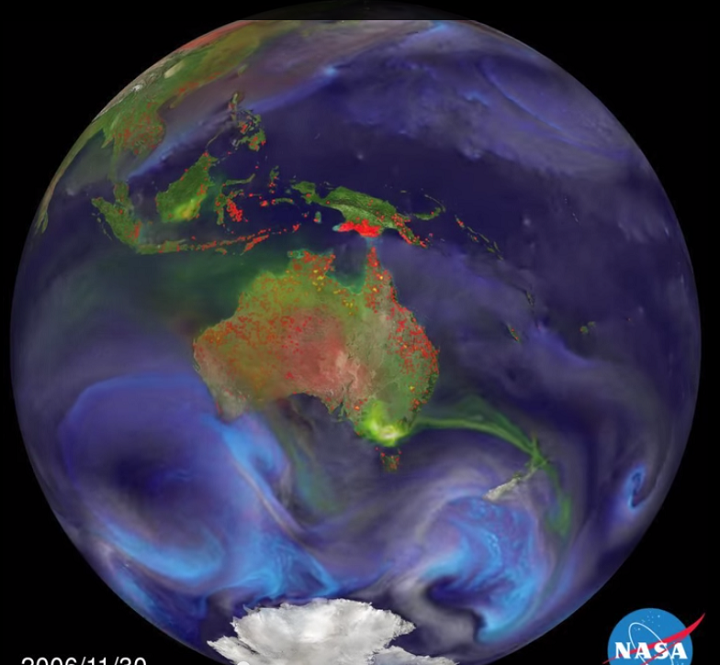 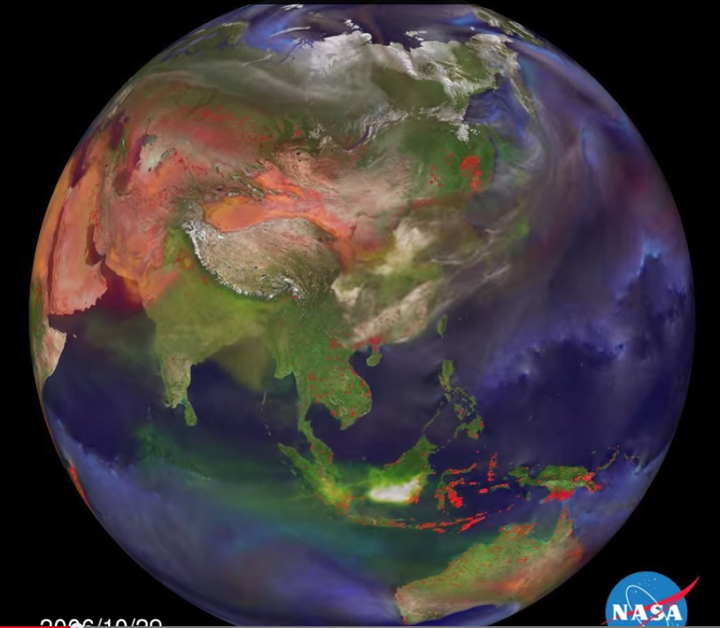 Want to learn more the issue? Then read:

What do you think about global pollution in light of the video above? Leave your comments below: