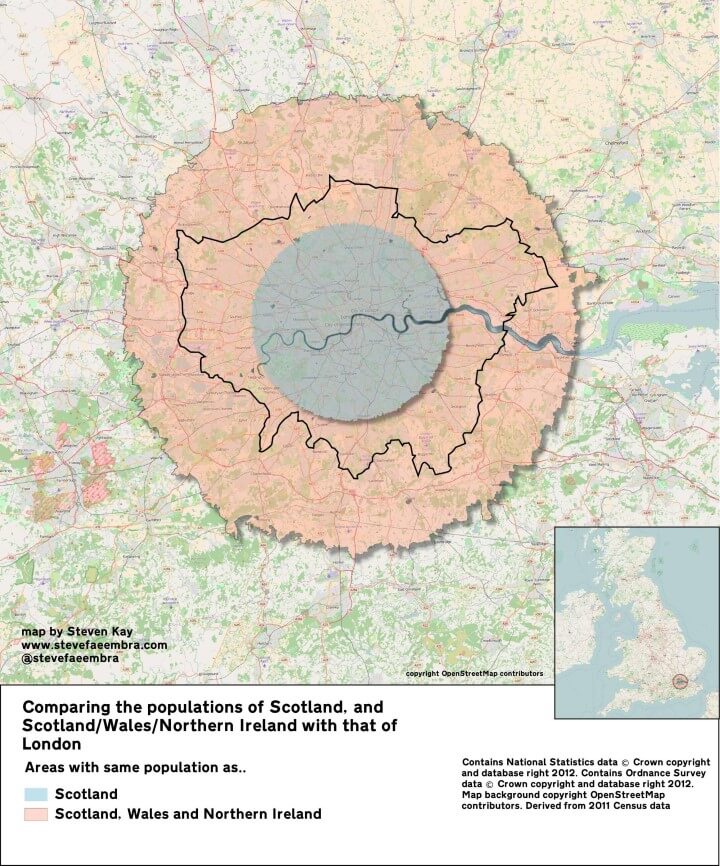 The map above shows just how many people live in London. The blue area above has the same population as Scotland, 5.3 million people.

And the pink area contains the same population as Scotland, Wales and Northern Ireland combined, a little over 10 million people.

You can see how the two areas compare to the population of Greater London (black outline).

In comparison, Scotland’s population during the same time period is estimated to only have increased by around 60,000 people.

Overall, Scotland’s population would stretch around halfway to the M25, if everyone was plonked in central London.

The pink area appears much bigger, despite only having around twice the number of people as the blue area, because London’s population density decreases as you move out from the centre.

This means the combined population of Scotland, Wales and Northern Ireland would extend just beyond the M25.

To learn more about how this map was made have a look at Steven Kay’s Flickr page.

If you liked the map above, you also be interested in the following books: