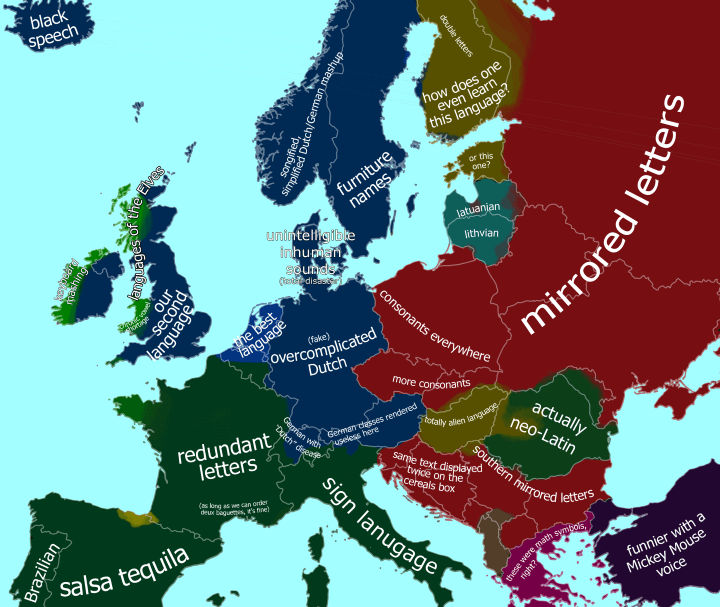 The map above is a humours look at how the Dutch view other European languages.

Of course Dutch itself is view as the best language, with English being their second language since over 90% of people in the Netherlands can speak it.

A few of the other languages singled out include:

For a slighter more serious look at language, have a look at the following books:

What do you think? If you enjoyed it, please help us by sharing it: