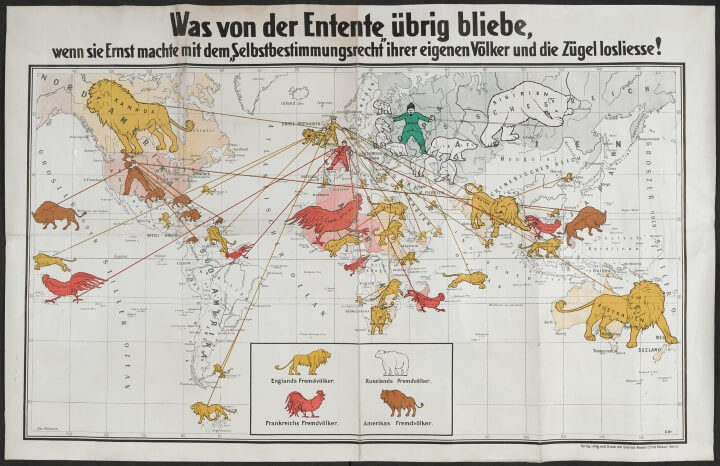 A propaganda poster published in Germany in 1919

If you’re in London at some point before 1 March 2017, you need to head over to the British Library and check out Maps and the 20th Century: Drawing the Line. (and if not you should buy the book instead).

It is quite simply the best map exhibit I’ve ever seen.

The exhibition is divided into 5 sections, outlined briefly below. 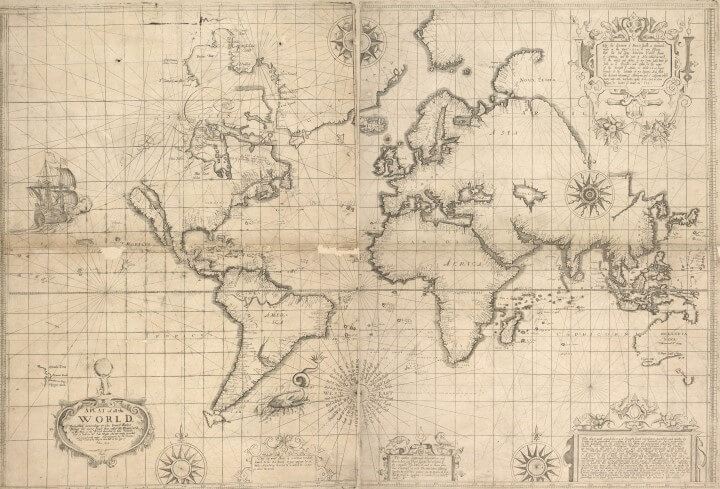 This section serves as the introduction to the exhibit and includes many maps that reflect the momentous changes in society that occurred during the 20th century. It includes a little bit of everything from comic maps to mass production to the motivation of cartographers to create maps in the first place. 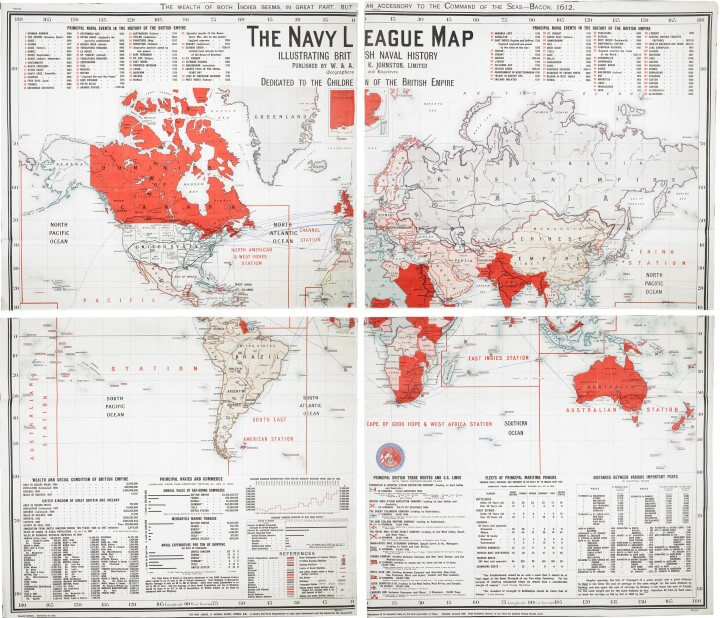 Navy League Map of the British Empire in 1901 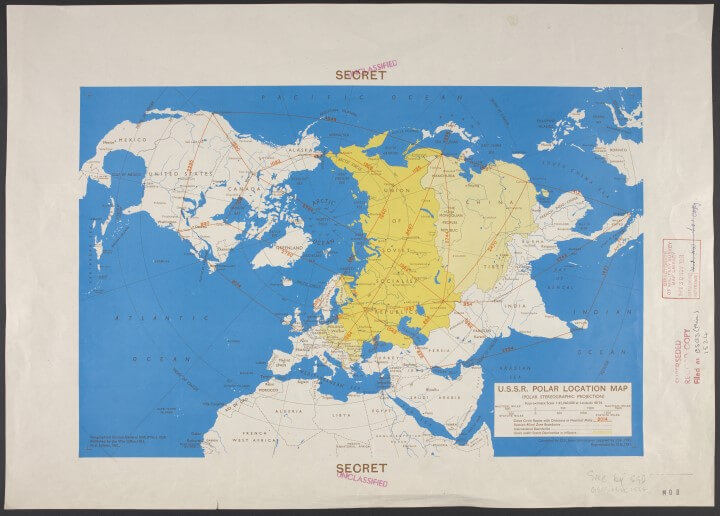 This section looks at maps related to war. Every year of the 20th century witnessed armed conflict somewhere on earth. While there is obviously a heavy emphasis on World Wars 1 & 2, along with the Cold War, it also includes propaganda maps, and maps of more minor conflicts as well. 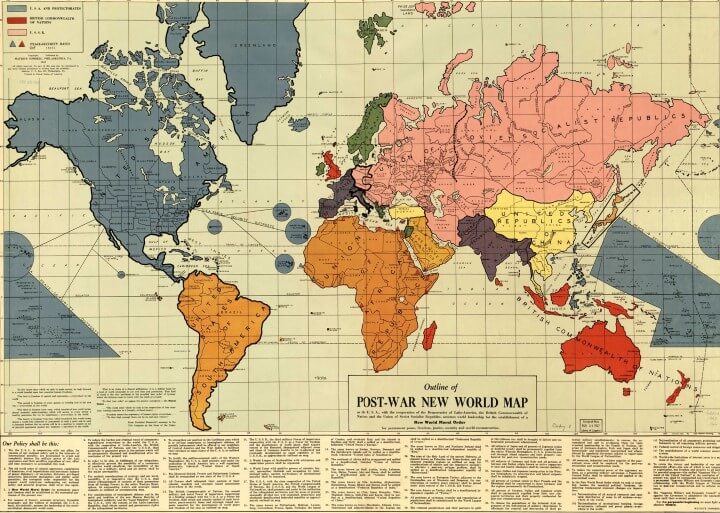 This section looks at maps after conflicts have ended. The question mark is included because these maps could sometimes be used as the basis for future conflicts. This is perhaps the most interesting section of the exhibit.

Two notable maps that stood out for me, were a 1947 tourist map of Hiroshima that showed the devastation caused by the A-bomb that was dropped just two years earlier and Michelin Guide Books printed in 1917/18 that showed tourists where to go see the battle sites of World War I. Both are proof that disaster tourism is nothing new. 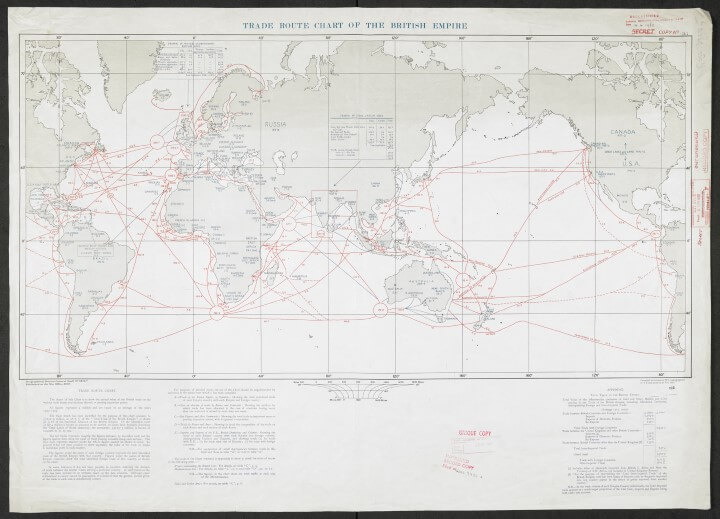 This section looks at maps that tell stories about the economy. While there are many interesting maps in this section a particular highlight is Mercator’s Atlas. 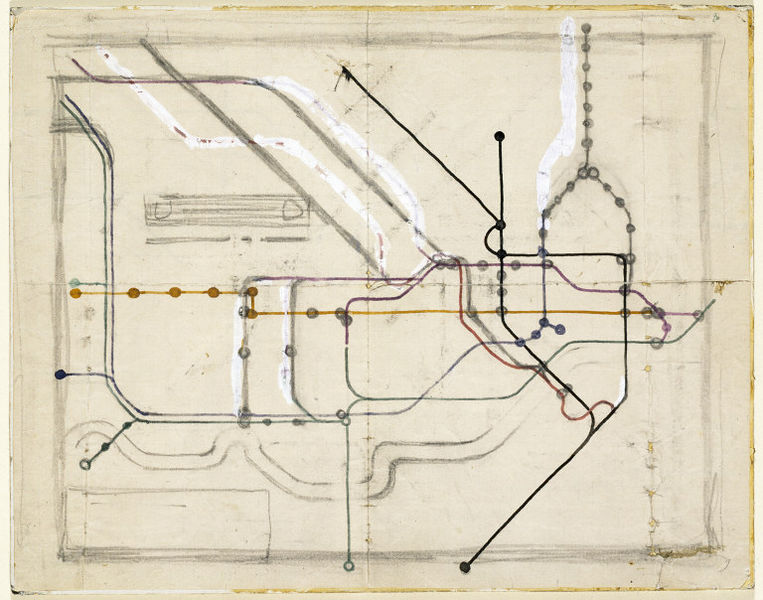 The final section looks at mapping movements and contained my favourite map of the whole exhibit, Harry Beck’s original sketch for what would become the world famous Tube Map (see above). It also includes a map of Tolkien’s Middle Earth along with examples of how changing technology is reshaping the way we use and interact with maps.

Anyone who loves maps will love this show. We give it a 5 out of 5.

Finally, if you can’t make the show, but would like to see all the maps, you can buy a copy of the accompanying book: Maps and the 20th Century: Drawing the Line, available in Hardcover (£40) and Paperback (£20)..