The map above is one of several attempts to improve on the somewhat famous 2016 US Presidential Election Map which you can see below. 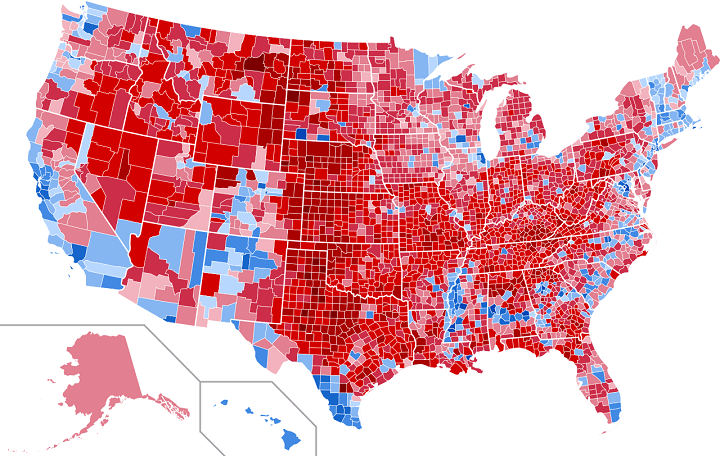 The map above is an early attempt to solve the issue by showing vote share by county instead of just showing winner takes all.

Based on that it seems fair that Trump won the 2016 election. Trump won approximately 2,600 counties compared to Clinton only winning around 500. However those 500 counties had a lot more people, which is why she received over 2.8 million more votes than Trump.

Therefore the map at the top of the page and the maps below try to visualise this discrepancy.

The Muddy Waters map leverages Color Theory to express vote margins and vote populations in a 2-dimensional scale. In particular:

You can read the full post here, which is really interesting.

The two other maps below also try to tackle this issue: 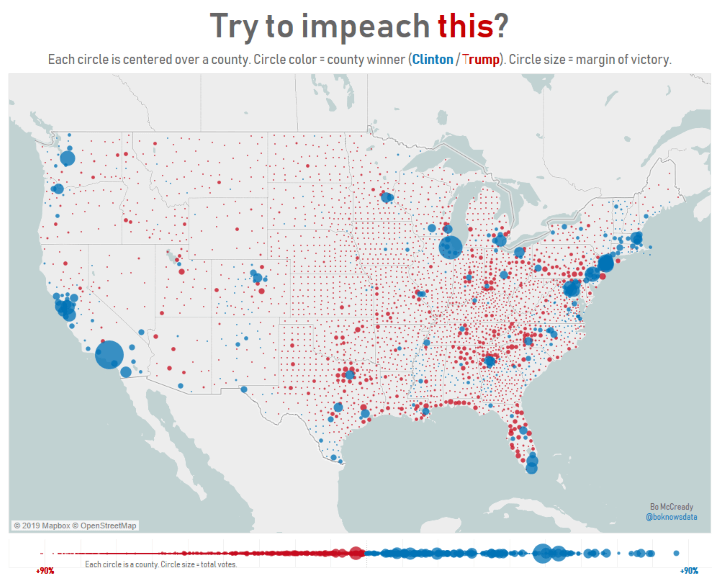 Each circle is centred over a county. The colour is who won (blue = Clinton / Red = Trump) and the size is the absolute margin of victory. You can see an interactive version here.

Find these maps interesting? Please leave your comments below and share on social media:
‏