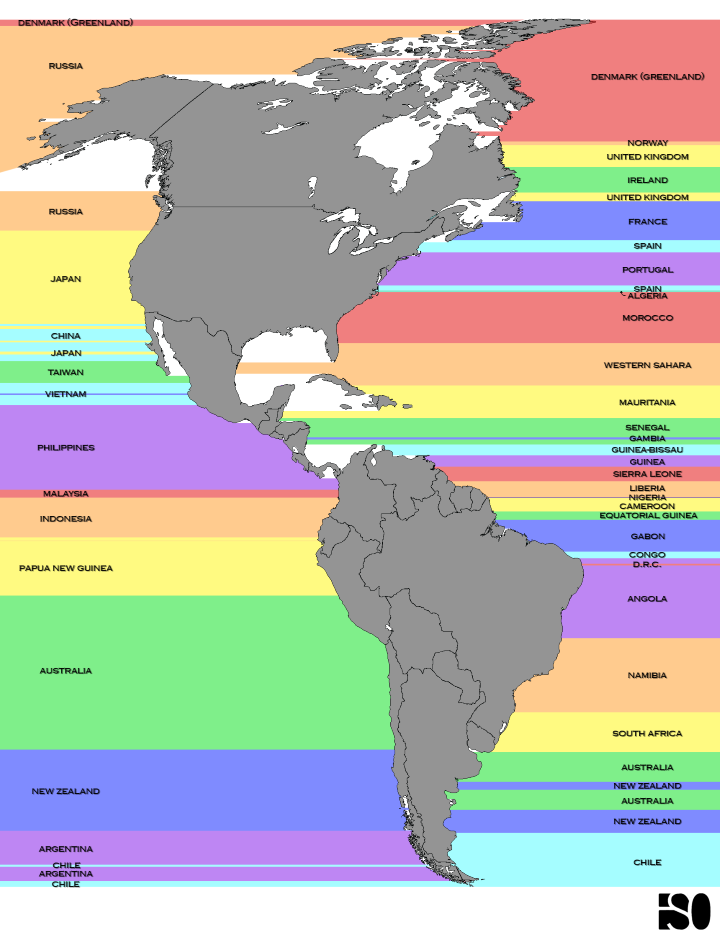 Ever sit on a beach and wonder what’s on the other side of the ocean? Well if you live anywhere in the Americas, the map above has your answer. It shows which countries are due east or west.

Perhaps most interesting countries on the map are Chile and Greenland, where it’s possible to sail right round the world and still end up in the same country.

Another surprising feature of the map, is just how far north the UK and Ireland are given their climate. You can of course thank the Gulf Stream for that. Conversely the Southern States are as far south as Morocco.

Due to scale issues, the map omits many of the smaller islands in the Pacific and Caribbean (and the Falklands) to improve readability. In fact, it is just possible to hit Algeria by traveling due east from the Americas through the Strait of Gibraltar.

Still some food for the thought the next time you find yourself lying on a beach.

See anything else surprising? Leave your comments below: