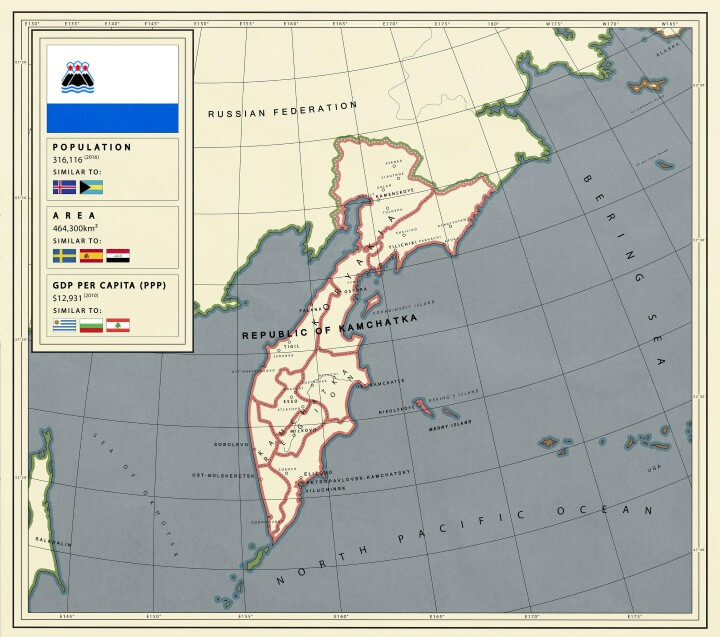 The map shows what an independent Republic of Kamchatka, (best known as a territory in Risk) might look like.

Want to read more about Kamchatka? Then have a look at the following books:

Enjoy this map? Then please share with a friend: