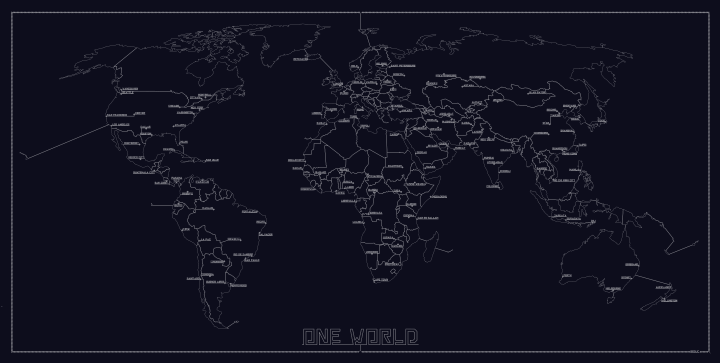 The map above shows the world drawn from a single line, just as if it were drawn using an Etch a Sketch.

It’s the work of Joseph Berkner an artist from Berlin. On his website he states that:

As a person who loves to make maps, for the last weeks I was thinking about what I can do to draw a line to CONNECT instead of DIVIDE. So I created a world map consisting of a single line.

When watching the map from far away you cannot see the connections. It looks like everything is divided. But if you go closer you can see that everything is one. To realize that we are somehow all one community you need to go close to others.

To see what he’s talking about it’s probably easiest to visit the site and use the zoomable version.

And if you like the concept you can even by a print here.

Want to try creating a similar map on your own? Then why not buy one of these Etch a Sketches

Think this map is a cool concept? Then please help us by sharing it: